Drywall is typically a gypsum-based plaster that is kiln-dried between two thick sheets of paper, allowing it to form flat and smooth. Gypsum is safe and easy to work with, making it an ideal construction material. Typically, American manufacturers produce enough drywall to sate the country’s demand. Unfortunately, during the construction boom of the early and mid-aughts — as well as the increased demand for drywall after Hurricane Katrina — and Chinese drywall was imported to more than 20 states and built into more than 100,000 homes.

Soon enough, investigations revealed that the drywall off-gases several volatile chemicals, including carbon disulfide, carbonyl sulfide and hydrogen sulfide. Laboratory tests determined that the foreign drywall contains a number of additional strange components, including a higher level of pyrite, fly ash and a bacteria known as Acidithiobacillus ferroxidans. Each of these components can release excess sulfur, causing the above-listed problems. 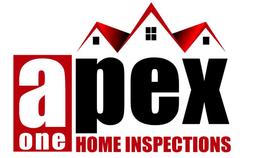 Available throughout South Florida, Apex One Home Inspections provides clear and professional reports generated within 24 hours of inspection completion. A digital copy will be sent directly to you along with digital colored photographs.

​Schedule Online or Call Us Today